completed: 2018
*If no image of the finished project is available, my presentation document is shown. 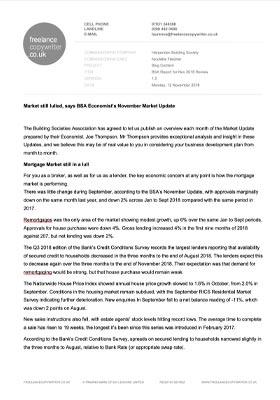 The Building Societies Association has agreed to let us publish an overview each month of the Market Update prepared by their Economist, Joe Thompson. Mr Thompson provides exceptional analysis and insight in these Updates, and we believe this may be of real value to you in considering your business development plan from month to month.

Mortgage Market still in a lull

For you as a broker, as well as for us as a lender, the key economic concern at any point is how the mortgage market is performing.
There was little change during September, according to the BSA’s November Update, with approvals marginally down on the same month last year, and down 2% across Jan to Sept 2018 compared with the same period in 2017.

Remortgages was the only area of the market showing modest growth, up 6% over the same Jan to Sept periods. Approvals for house purchase were down 4%. Gross lending increased 4% in the first nine months of 2018 against 207, but net lending was down 2%.

The Q3 2018 edition of the Bank’s Credit Conditions Survey records the largest lenders reporting that availability of secured credit to households decreased in the three months to the end of August 2018. The lenders expect this to decrease again over the three months to the end of November 2018. Their expectation was that demand for remortgaging would be strong, but that house purchase would remain weak.

The Nationwide House Price Index showed annual house price growth slowed to 1.6% in October, from 2.0% in September. Conditions in the housing market remain subdued, with the September RICS Residential Market Survey indicating further deterioration. New enquiries In September fell to a net balance reading of -11%, which was down 2 points on August.

New sales instructions also fell, with estate agents’ stock levels hitting record lows. The average time to complete a sale has risen to 19 weeks, the longest it’s been since this series was introduced in February 2017.

According to the Bank’s Credit Conditions Survey, spreads on secured lending to households narrowed slightly in the three months to August, relative to Bank Rate (or appropriate swap rate).

Looked at with more granularity, spreads on BTL lending appeared to have narrowed significantly, while spreads on prime lending were unchanged. However, spreads are expected to narrow significantly in Q4.

Bank data shows that, following the Bank Rate rise in August, fixed rate mortgage products remained relatively unchanged in September at 2.11%, whereas floating rate products, at 1.86% in August, were up to 1.95% in September.

The BSA Update includes data showing Gross Lending in September at £21.2bn, Net Lending at £4.2bn and Approvals at £20.6bn, all down on the same month in the preceding year. Net Lending was, however, higher than in any months of 2018 bar June and August. Gross Lending was at its lowest level since April 2018.

[Include the graphs here if you plan to]

The wider economy as it impacts the Mortgage sector

In his Headline Summary of factors bearing on the market in November, Mr Thompson highlights a rise in GDP growth forecasts for 2019 and 2020, as well as noting that Chancellor Philip Hammond’s 29 October Budget heralded a discretionary loosening of fiscal policy.

The Bank Rate, he observes, held steady at 0.75%, but looks likely to increase once Britain exits the EU. In general, he reports the mortgage market remaining subdued, while the NS&I net financing target for 2019/20 has risen by £3 billion on the back of strong H1 performance.

Expanding on the main themes outline above, Mr Thompson points out that inflationary pressures are increasing as the economy grows faster than its potential.

Looking to the Bank’s November Inflation Report, its forecast for the growth of GDP has increased since its August projections, from 1.3% to 1.4% for 2018 and from 1.7% to 1.8% for 2019. The Bank now believes that GDP will be growing faster than supply by the end of 2019, and that this will cause inflationary pressures a year earlier than it had previously envisaged.

Mr Thompson notes, however, that these forecasts were made before the recent Budget, in which the Chancellor brought forward rises in personal allowances and higher rate thresholds, loosening fiscal policy to boost demand and GDP growth.

A recovery in construction and manufacturing, increased household consumption and confidence that this will continue to grow, and a robust labour market and level of consumer confidence are all contributing to the growth in GDP. However, business investment has been weak and, without this, productivity cannot grow.

Mr Thompson does observe, however, that the slowing in investment is an effect of uncertainty over the UK’s deal with the EU post 29 March next year and that, whatever the resolution, delayed investment should begin to come through once that date passes.

So how might the Monetary Policy Committee respond if the deal with the EU proves more disruptive than hoped for? If the transition is smooth, the Bank anticipates an increase in inflation caused by increased demand, with the possible need to tighten monetary policy. If the deal is more disruptive, however, Mr Thompson notes that we could see a decline in supply and demand, and a substantial fall in exchange rate. While this would be inflationary and could lead to a tightening of monetary policy, a fall in demand greater than that in supply could cause the MPC to let inflation run to support growth and employment.

The Update also observes that no further increases in Bank Rate are expected before the UK leaves the EU. This would make May 2019 the first opportunity, with three one-quarter-point increases, suggested by the market‑implied path for the Bank Rate to reach 1.4% in three years’ time, then a possibility by the end of 2021. As the policies announced in November’s Budget had not been factored into the Bank’s forecast, we could still see some further monetary tightening at a slightly faster pace, however.

Tell us your thoughts on the Market and outlook

We’re keen to hear your thoughts on the points raise and outlook offered in the BSA Updates.

Similarly, if you have questions about any of the content of the update, email them to us [insert contact address for questions] and our economists here at the Harpenden will do their best to answer them. 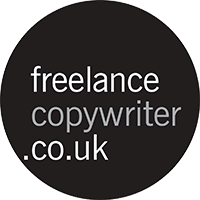